The Hidden Reason Your Flooring May Fail 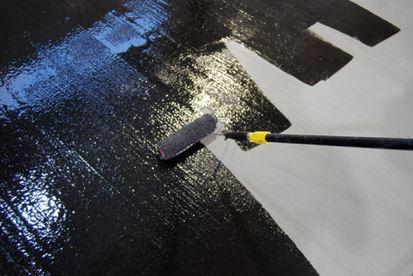 In the recent past, there’s been a sharp increase in the number of floor coverings that failed due to unforeseen complications. Property owners and homeowners can see the effects of the damage in the form of buckled floors, blistered surfaces, and discolored areas. However, it is a much more challenging task to figure out what the root cause of these issues may be.

Many of these flooring failures are the result of high moisture vapor emissions rates (MVER) from the subflooring. This is most commonly seen in constructions with a concrete subfloor, which can still allow moisture through to the surface. Unfortunately, the moisture won’t typically be seen in any visible way. Water droplets forming on the surface of the concrete is an extremely rare occurrence.

You likely won’t even know that a moisture problem exists unless you specifically check for the moisture vapor emissions rates.

Moisture is a widespread issue that can come from any number of sources. This makes identifying the underlying issue more difficult, but it helps to have a general understanding of where moisture problems can originate.

Where Does Moisture Come From?

Moisture can come from anywhere, including the areas around the foundation. It’s become a much more prevalent issue in construction as a result of common changes in the building process. For example, modern concrete mixtures often call for additional water in order to allow for easier placement. This can have the obvious effect of making moisture vapor emissions rates much higher.

Another issue is that the aggregate in lightweight concretes is more absorptive than it used to be, collecting and holding onto moisture that will later be released.

It’s also possible that some construction workers don’t use any vapor retarders. The vapor retarder that is in place may even be breeched at some point, allowing the moisture levels to continue to work toward the surface.

All of this can be compounded by shorter timelines that don’t give concrete the necessary time to dry out before flooring is installed. It may take several weeks for moisture vapor emissions rates to level off. Installing a floor covering before this time could trap the moisture in the concrete slab and lead to flooring failure relatively quickly.

There are some situational things that can affect the success of your flooring as well. A property that has poor drainage, no gutters, and deep flowerbeds that are heavily watered on a daily basis may all see spikes in moisture vapor emissions rates.

Regardless of where the moisture originates, you will often see some of the same effects. Most commonly, high moisture vapor emissions rates will lead to flooring failures.

How Does Moisture Affect Flooring?

Flooring manufacturers will typically give extensive and specific guidelines about how much moisture can be emitted from a concrete slab to ensure a successful installation. Moisture can cause damage that ranges from adhesive failure to floors that actually buckle directly off of the subfloor surface. Common issues surrounding high moisture in the subflooring can also include blistering, delamination, and discoloration.

In the event that you see these more severe issues, it’s likely that the entire floor will need to be replaced. You may face other related issues such as dangerous slips and falls from tenants or customers if the floor buckles. Litigation could be in your future if the issue isn’t remedied quickly and efficiently.

Most project managers would agree that it’s better to avoid a moisture-related problem in the first place.

How to Remedy a Moisture Issue

A qualified and professional company that specializes in floor levelling in Winnipeg and concrete work can help to mitigate a potential moisture issue. The first step in reaching a solution is actually to prevent the issue in the first place. Moisture testing can go a long way toward preventing future issues related to the moisture in your concrete slab.

Project owners should bear in mind that testing will only capture a snapshot of the moisture levels at the present time. It can’t accurately predict what they will be in the years ahead. However, many professionals would agree that low moisture rates on the day of testing can be a good indicator of long-term success.

There may also be unforeseen circumstances that lead to a spike in subfloor moisture, such as a leaking pipe or poor drainage around the exterior of the building. You can take some steps to mitigate moisture on a regular basis. These can include redirecting rainfall away from the subfloor with gutters and avoiding sprinkler systems near the foundation. Moisture can wick into your subfloor through a number of sources, so it’s often best to avoid them whenever possible.

You aren’t totally hopeless if you discover a high moisture rating on the day of the testing.

A qualified company can help you to install a moisture control system to meet the necessary specifications for your project. Each type of flooring will have its own unique requirements for moisture levels. Some types of floor coverings are far more water-sensitive than others. You should keep the requirements in mind before selecting a system to remedy your moisture concern.

With a professional team of installers, you may be able to seal the concrete slab to limit the amount of moisture that can permeate the surface. Today’s market has several options ranging from light sealers to more heavy-duty options. An experienced technician can assist you in selecting the right product that meets your needs based on the severity of your moisture issue.

The major benefit of having a qualified company install your moisture barrier or sealer is the potential warranty. Companies such as TCF West are able to offer warranties of up to twenty-five years with some of their moisture control systems.

If you suspect that moisture may be an issue on your current project, take the time to investigate your options. You may find that installing a moisture control system is costlier upfront, but it can save you significantly on the cost of replacing a flooring failure in the near future. With a longer warranty on your moisture remediation systems, you can have greater peace of mind about the long-term success of your floor coverings.